Raucous calls outside my photo blind alerted me to a pair of green jays, an extremely colorful songbird. To photograph them, you must travel to the Rio Grande Valley in south Texas. This songbird is one of many wildlife species found only in Texas. 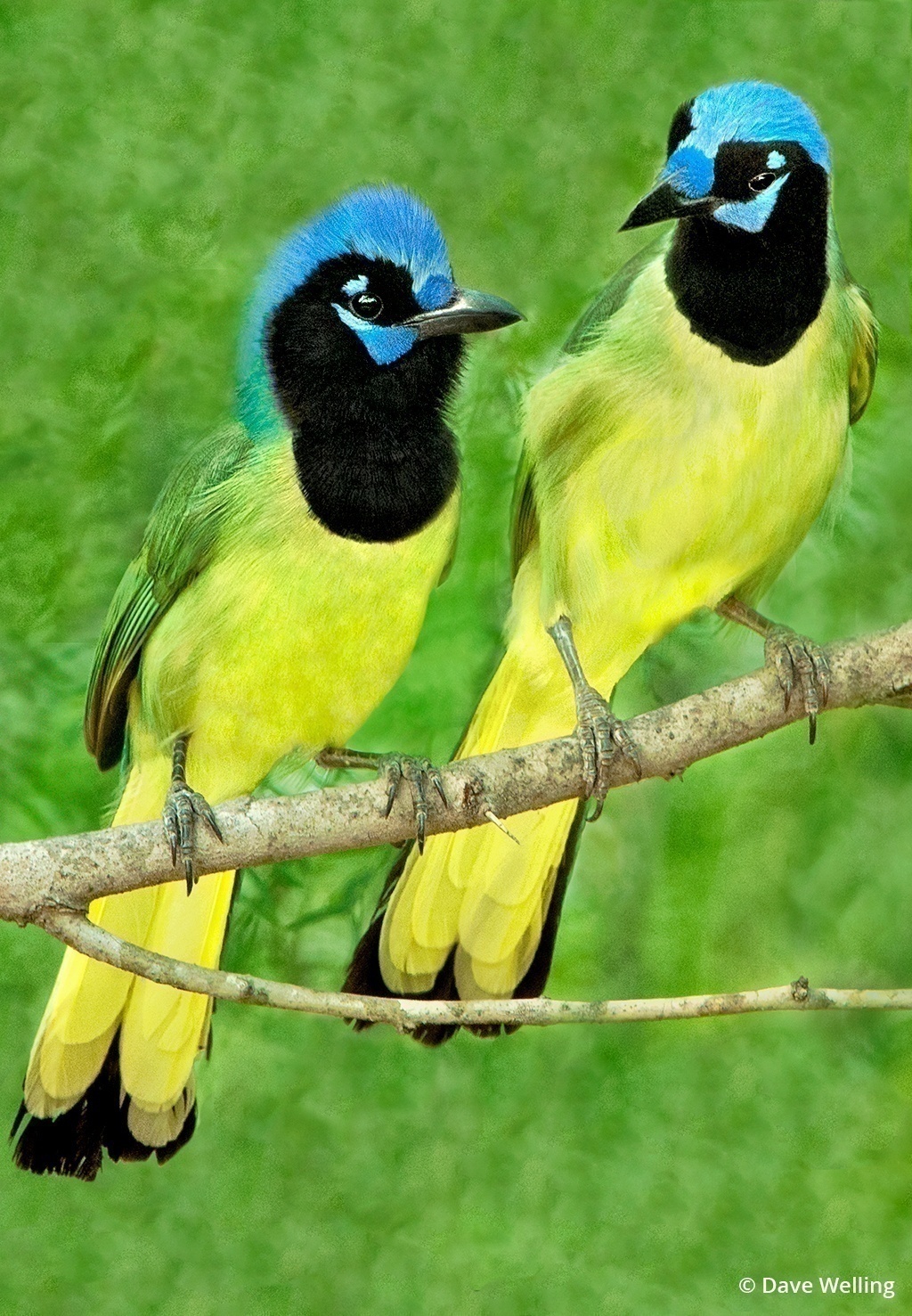 Green jays at Martin Refuge in the Rio Grande Valley.

Texas is the largest state in the continental U.S., so you’ll want to plan your trip there thoroughly to maximize your photo opportunities. One of your first decisions should be when to go. Many unique species are year-round residents, but a few are only present in spring to mate. The golden-cheeked warbler nests in old-growth, Ashe juniper woodlands in the “Hill Country” of central Texas. Kickapoo Caverns State Park near Brackettville is a destination for breeding birds that begin arriving in early March. Contact the park to see if there may be an opportunity to photograph. Transition Ranch, near Brackettville, has golden-cheeked warblers, and the owner can help you find them. The ranch has tremendous songbird diversity, including black-capped vireos. 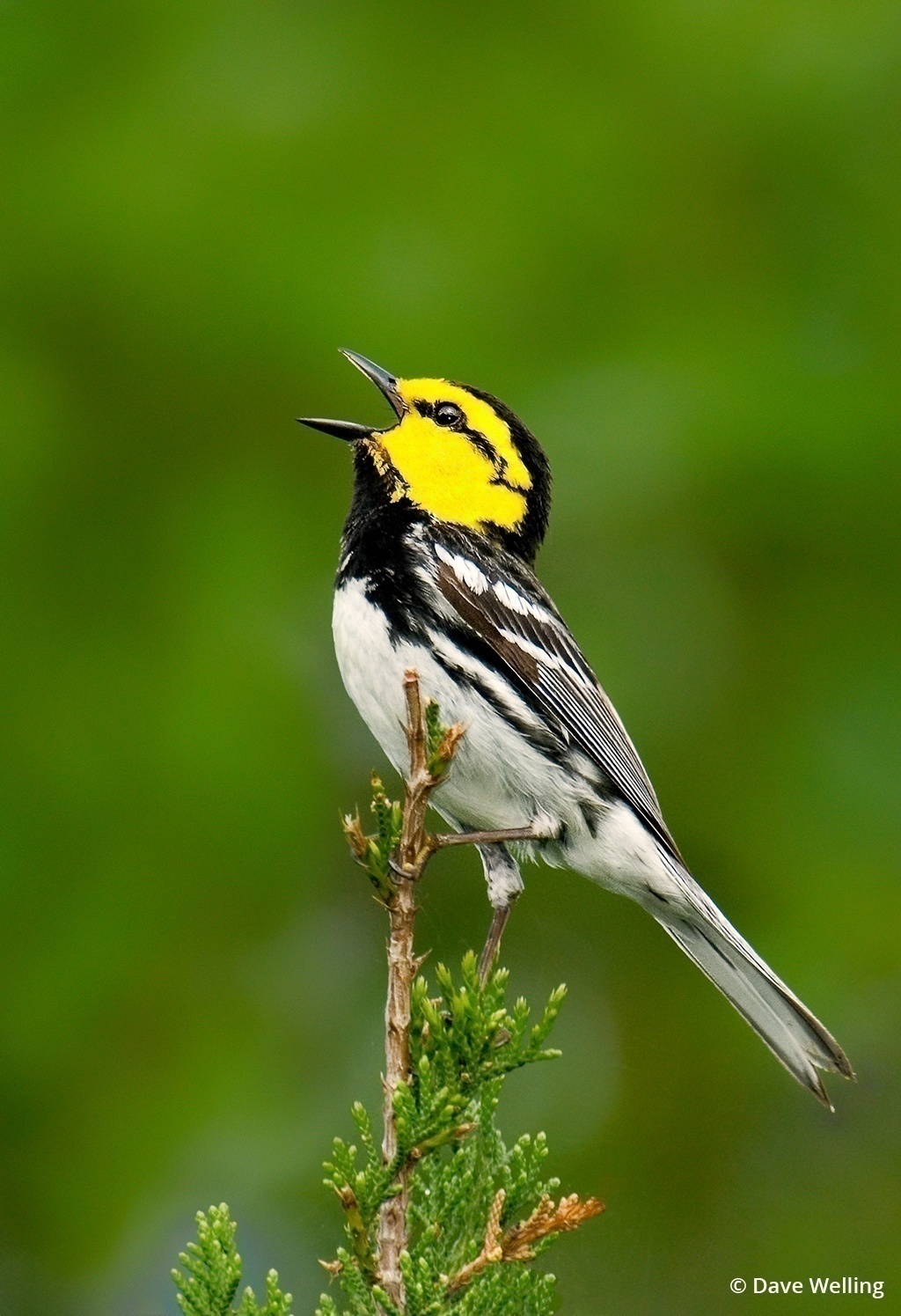 The black-capped vireo also inhabits the Hill Country at Balcones Canyonlands National Wildlife Reserve and Kickapoo Caverns. You may be able to photograph this rare bird from the water feature blind at Kickapoo or the blinds at Transition Ranch. Both birds are endangered, so check with the park rangers for guidelines—especially regarding the use of calls, as they may be prohibited. Kickapoo has camping, and Brackettville, 30 minutes away, has ample facilities. Transition Ranch has cabins available. 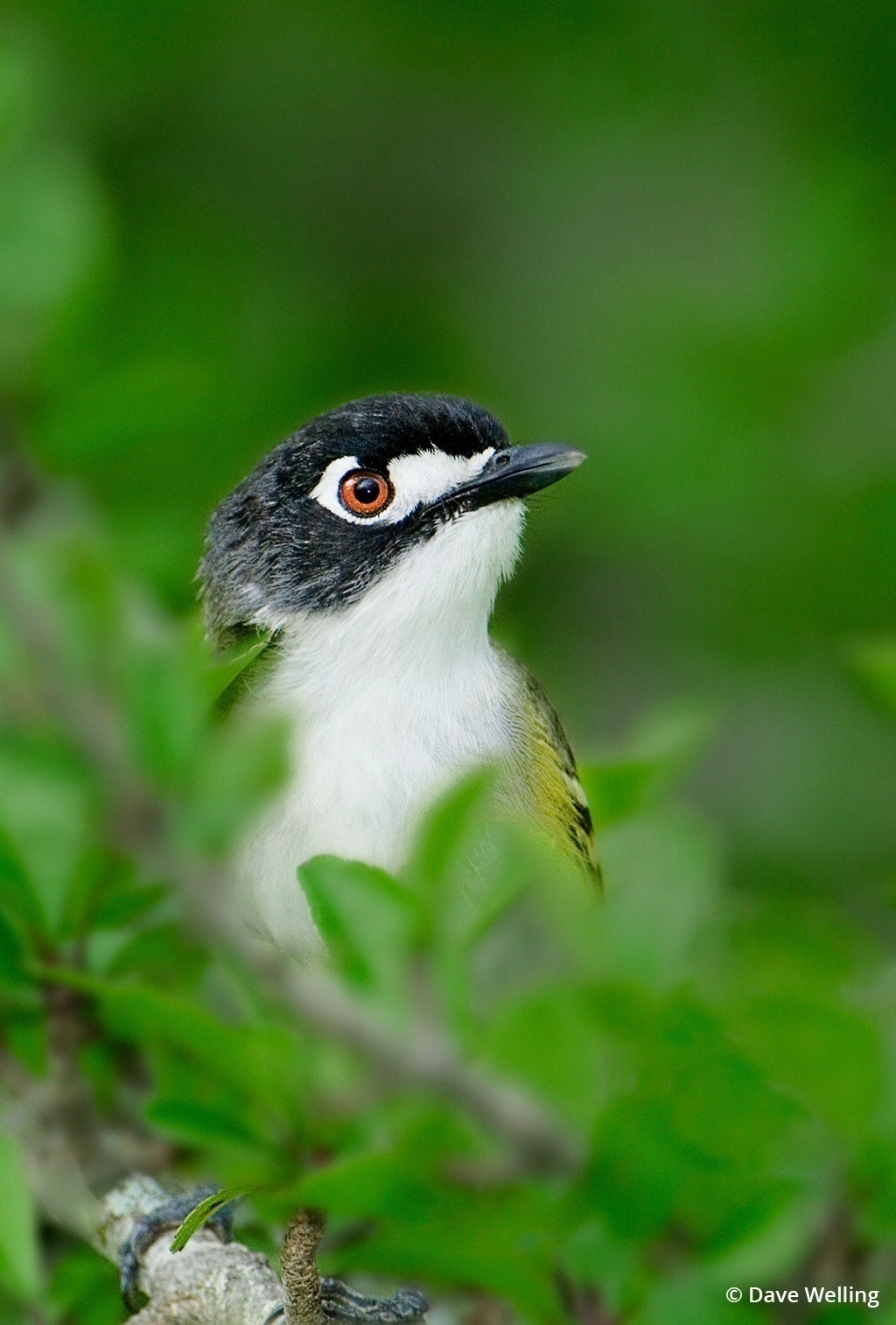 From the Hill Country in spring, head south to the Rio Grande Valley, well-known for its diversified insect, reptile, bird and mammal life. The Rio Grande Valley has numerous national parks and wildlife refuges, along with several private ranches in south Texas that cater to wildlife photographers. Laguna Atascosa National Wildlife Refuge protects 98,000 acres on the southern Texas coast and has two unique animals found only in south Texas (in the U.S.), the Aplomado falcon and the highly endangered ocelot. The refuge also has an active falcon recovery program, and several pairs soar over the refuge, so you have a good chance of photographing this rare raptor.

Ocelots are nocturnal, so photographing this felid, numbering approximately 60 in the U.S., takes planning and luck. Contact the refuge and ask resident biologists if you might work with them to photograph the ocelot and provide them with documentation. Several other endangered species inhabit the refuge, including the seldom-seen, coal-black Gulf Coast jaguarundi.

Steve Thompson Wildlife Drive is currently open for hikers and bicycles but was closed to cars in 2013 after two ocelots were killed by traffic. Check with the visitor center to see if it is open or closed for construction. When it is open, you can hike or bicycle the 14-mile drive. The heat and humidity can be intense, even in spring, so plan accordingly. You can rent bicycles on South Padre Island, 11 miles east on Texas State Highway 100, and I have used bicycles on many refuges. Laguna Atascosa has one of the largest varieties of wildlife species in the U.S., with many opportunities for “Texas-only” species. There is a photo blind near the Visitor Center where I have photographed green jays. Migratory waterfowl feed along the drive where it parallels the Gulf. There are 60 miles of hiking trails on the refuge as well. Look for white-tailed hawks, a local native, along the drive and hiking trails. 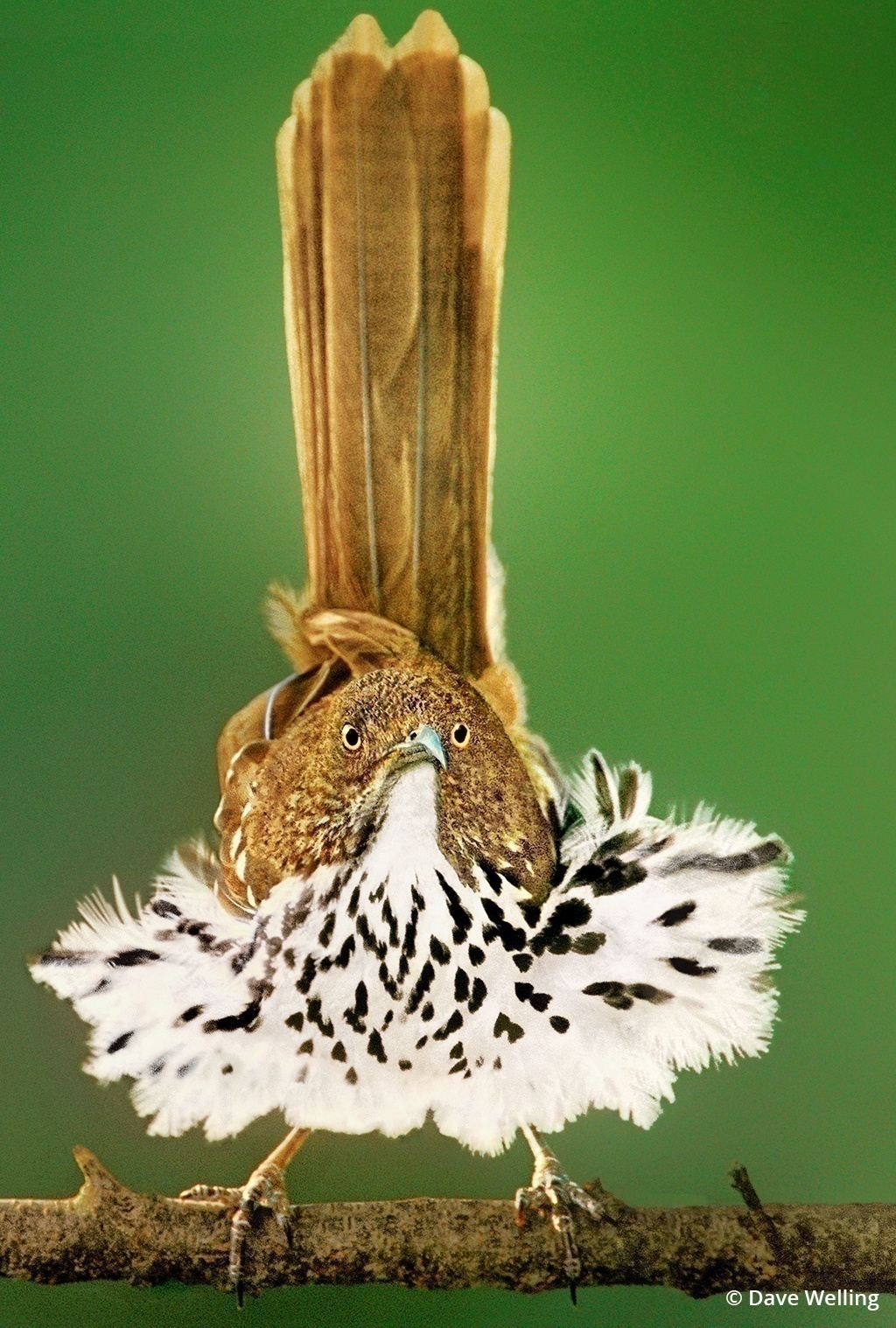 Other birds unique to Texas found on the refuge and in the Lower Rio Grande Valley include long-billed thrashers, white-tipped doves, groove-billed anis and buff-bellied hummingbirds. Beautiful ringed kingfishers range along the watercourses.

Though there are many species only found here, don’t ignore more common species. One day on Steve Thompson Wildlife Drive, I noticed a great blue heron fighting with a massive fish. I saw an opportunity for an interesting behavior image with a little humor. Keep your longest lens on your camera and attached to your tripod if you use one to set up quickly. You need to be ready when an opportunity presents itself. 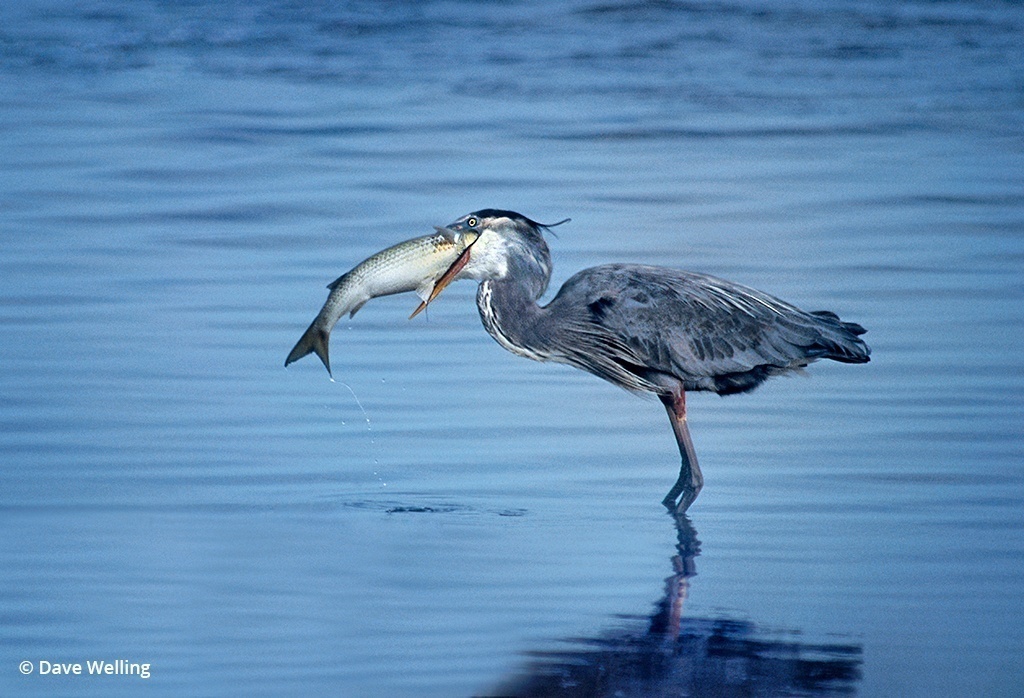 South Padre Island, near Laguna Atascosa, has all amenities and is a great base for refuge visits. South Padre also has photo opportunities of its own. It’s a migrant trap for spring birds, and April is an excellent month for warblers, songbirds and waterfowl. The convention center grounds have bird feeders and water drips, so you can spend a full day sharing photo opportunities with other wildlife photographers. While these birds may not be unique to this area, they offer great chances to add to your portfolio.

For a South Padre, “Texas-only” warbler, ask around. You may be able to score a boat trip to nearby mangroves to photograph the stunning yellow mangrove warbler, a sub-species of yellow warbler that may yet be declared a distinct species. You will be photographing from a small boat in saltwater, so bring protection for your camera gear. 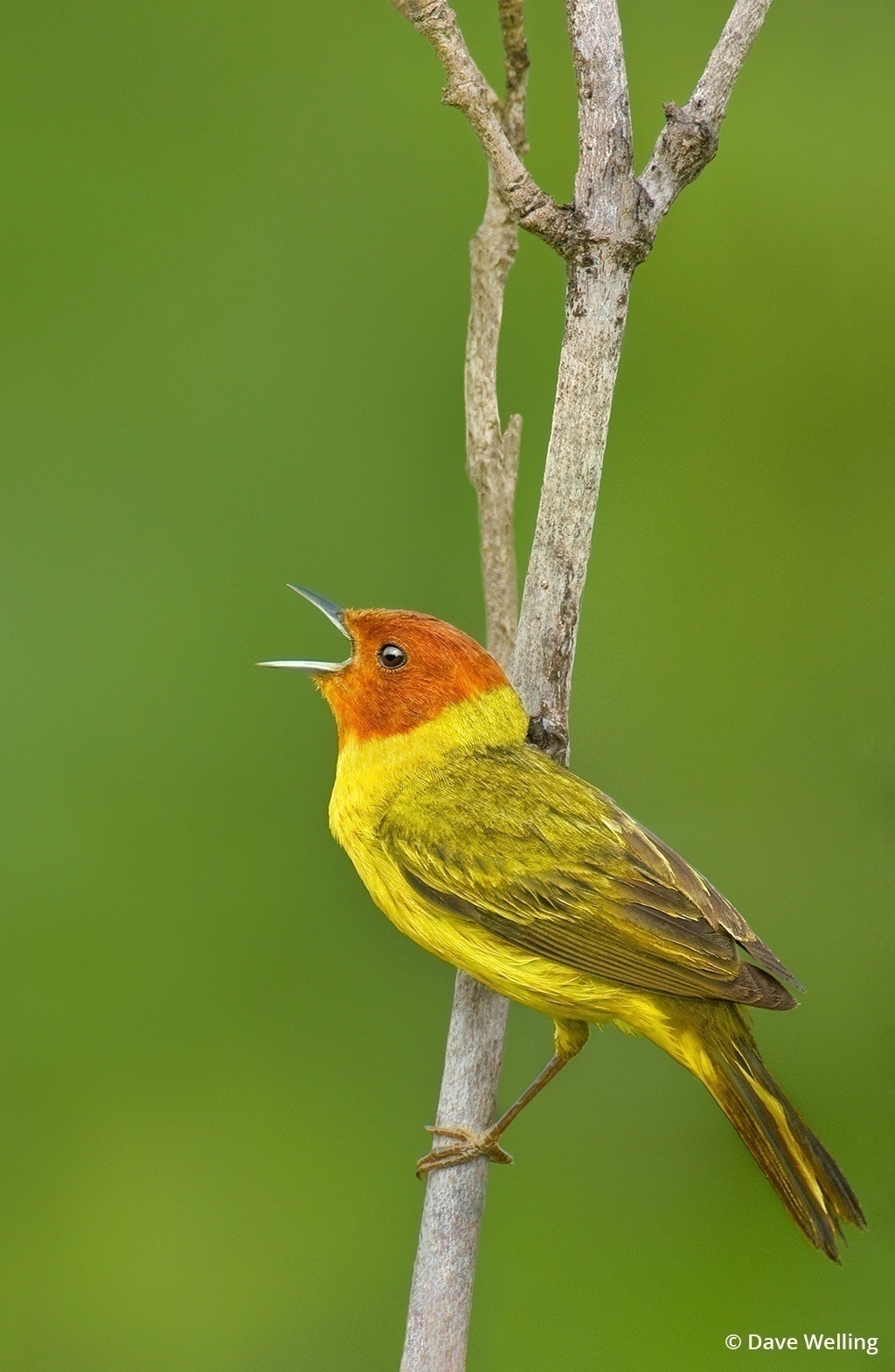 Head inland from Laguna Atascosa toward McAllen, Edinburg and Alamo to reach several refuges, including Santa Ana National Wildlife Refuge. Near Alamo, this 2,088-acre refuge is famous for its wildlife diversity, from insects to mammals, including ocelots. This refuge, along with Bentsen Rio Grande Valley and Resaca de la Palma near Brownsville, are also havens for damselfly and dragonfly diversity. I have photographed many rarities here, including the first U.S. record of the red-tipped swampdamsel that we found at the entrance pond. Odonates (dragonflies and damselflies) are active during the day, so you can switch from early-morning bird and mammal action to these guys and photograph all day. I recommend a medium telephoto zoom (70-300mm) with extension tubes for working distance and magnification.

You can only hike at Santa Ana, but the unique bird and dragonfly diversity is amazing, with green jays, groove-billed anis, tropical parulas, Altamira orioles, great kiskadees, common pauraques and rose-throated becards in residence.

Altamira orioles are famous for their hanging, pendulous nests. If you find one, stay at a respectful distance, do not disturb the birds, and document the activity. It will make a great addition to your avian portfolio. 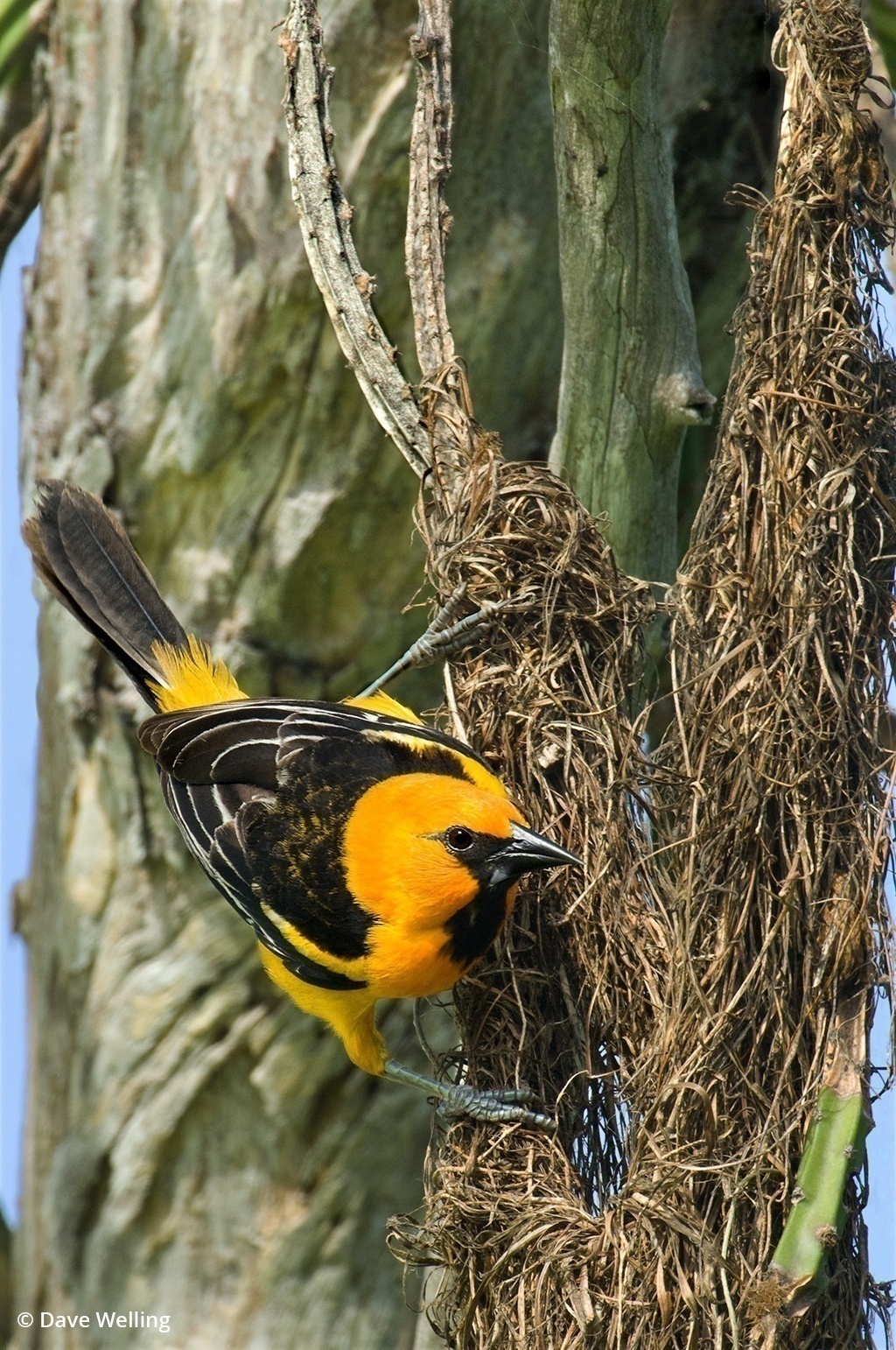 Altamira oriole on a nest.

Santa Ana borders the Rio Grande, and photo opportunities along the river abound. Remember, this is border country, and you may be stopped by local authorities. I have met several, all of whom were polite and interested in what I was doing. Be respectful, show them your gear, and you should have no problem. I photographed a ringed forceptail dragonfly, another “Texas-only” species, right after being stopped.

The Rio Grande Valley has nine state parks designated “World Birding Centers.” Bentsen-Rio Grande Valley, near Mission, has many local species, including dragonflies like the Mexican scarlet-tail I photographed at a resaca here. It perched over the water, so I used my 500mm ƒ/4 lens to capture images. Bentsen does not allow cars but does have a tram service most of the year that will drop you along the route.

In addition to the parks, several south Texas ranches have photo blinds at water holes and cater to wildlife photographers. Some ranches are owned by photographers who understand our needs and do their best to make a visit memorable. Several offer lodging and meals, so you can be in your blind before sunrise, and many work with local wildlife photographer guides who are very knowledgeable of the wildlife. 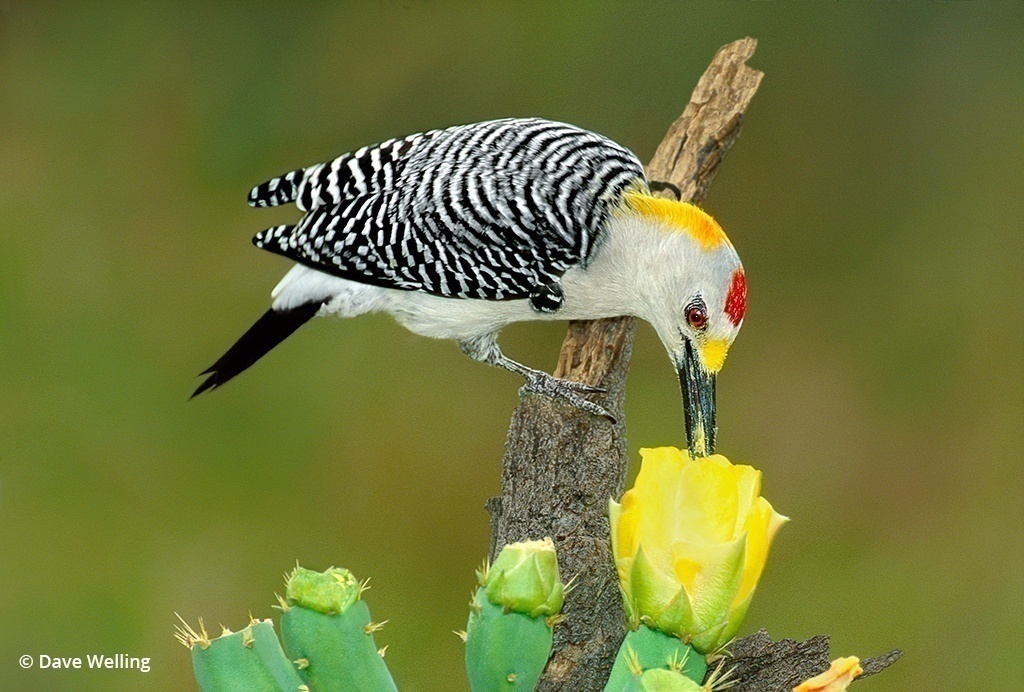 I have spent many days at Santa Clara Ranch and Martin Refuge and have photographed at Laguna Seca Ranch as well. All of them offer spectacular photo opportunities, especially for Texas wildlife specialties like Mexican ground squirrels, which are also found in eastern New Mexico. You have opportunities for long-billed thrashers, Audubon’s oriole, ferruginous pygmy-owls great kiskadees and golden-fronted woodpeckers. Reptiles like Texas tortoise, Texas horned lizard, Schott’s whipsnake, Texas indigo snake and northern cat-eyed snake—all threatened species—inhabit these ranches. The northern cat-eyed snake is nocturnal and seldom seen, but I was fortunate to photograph one with the help of the rancher. Texas is noted for large western diamondback rattlesnakes. You see them in thorn-bush country, even near blinds. They are not usually aggressive, but respect them and keep your distance. While not unique to Texas, they are interesting subjects. 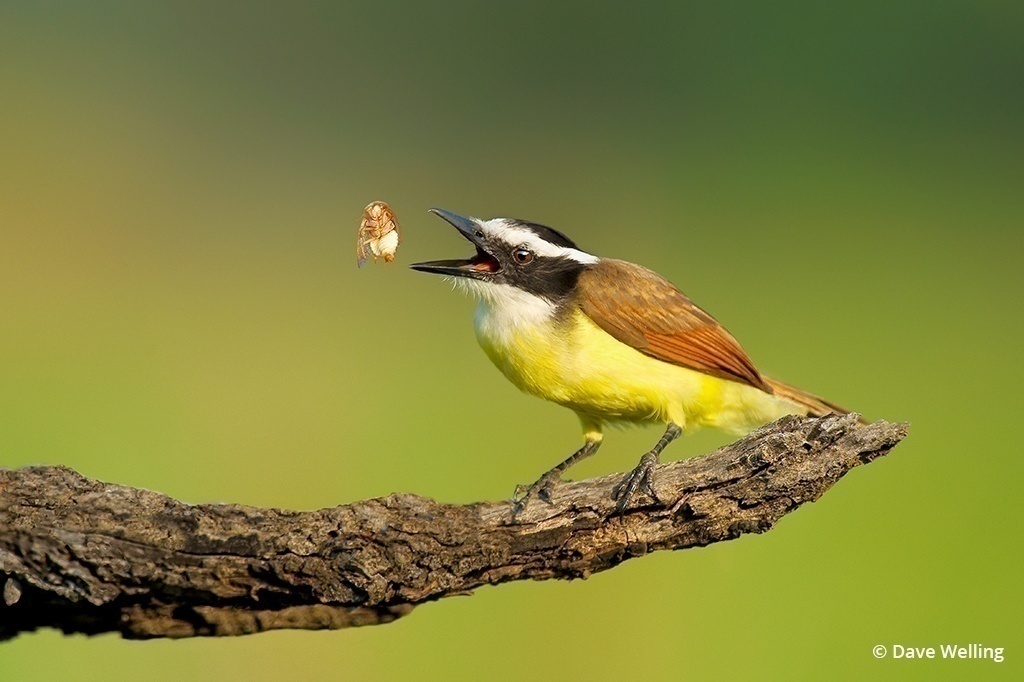 The great kiskadee should be a target bird. It is resident at many of the parks and ranches. I was able to photograph one feeding on water bugs, and the way it flipped the insect around was fascinating. Audubon’s orioles are rare in the Rio Grande Valley but resident at some ranches where I was able to photograph them in wildflowers and bathing. The photo blinds at these ranches are set up to shoot at ground level, placing you at eye level with your subject for more dynamic images. Zoom lenses work great here because different-sized wildlife suddenly show up, and you’ll need to adjust composition quickly. Tripods are a must since you will be in the blind up to several hours, and hand-holding a heavy telephoto can be debilitating. 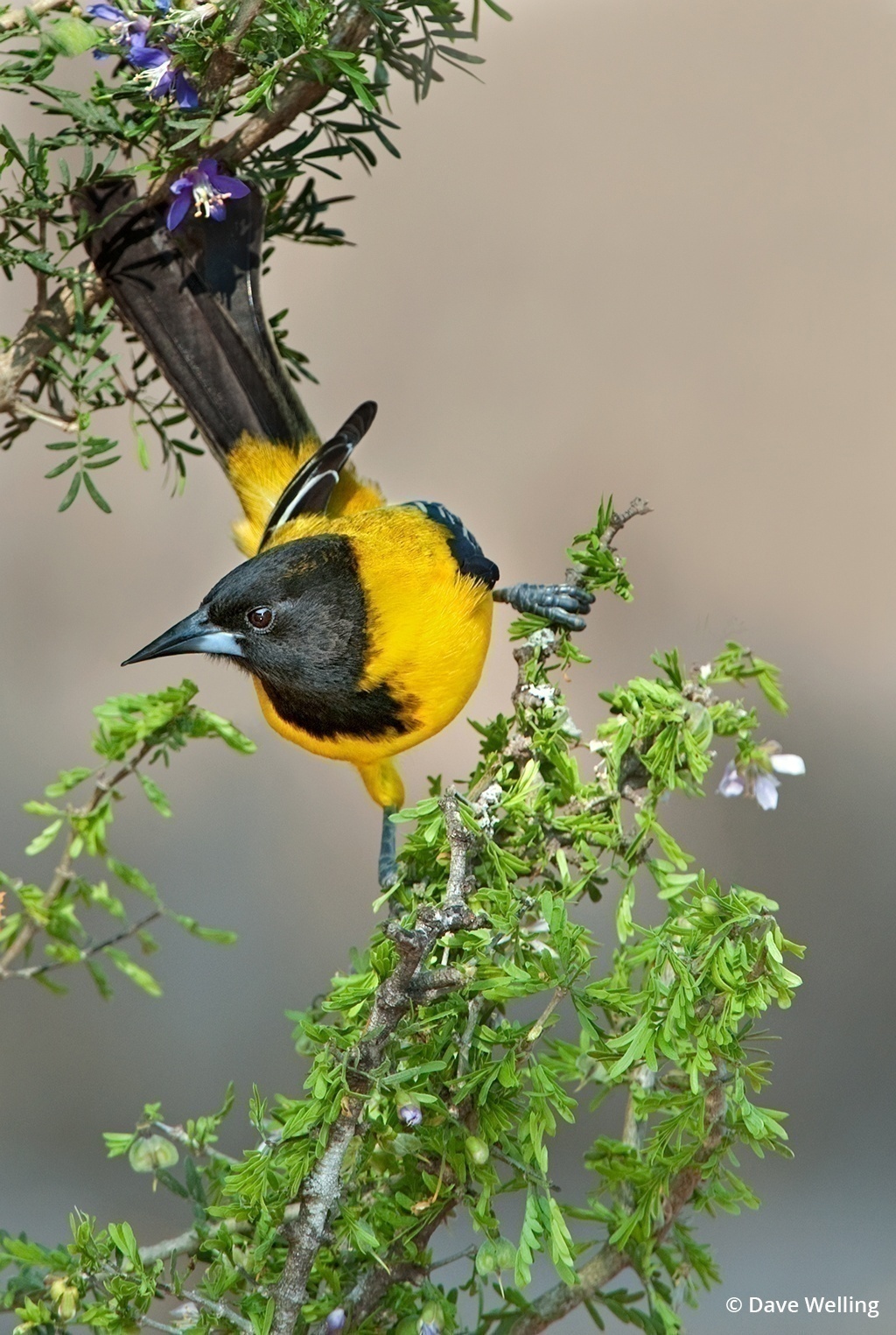 East Texas also has opportunities for rare wildlife photography like the endangered red-cockaded woodpecker. The area of Texas has entirely different ecosystems, from piney woods around Jasper to moss-draped cypress at Caddo Lake. I was fortunate to be among the first to photograph a new species of dragonfly, including a mated pair, near Jasper at Boykin Springs National Forest Recreation Area. It’s not often you can do that these days. It was subsequently named the Sarracenia spiketail because it inhabits Sarracenia trumpet pitcher plant bogs. My 200-400mm zoom telephoto lens with extension tube gave me compositional flexibility to capture multiple images for documentation as they flew about the trumpet plants.

The south Texas thorn-bush and east Texas piney-woods are specialized habitats. Be sure also to document these landscapes. Their images help complete the story of the animals. Keep a wide zoom handy for these landscape opportunities.

This article is dedicated to my good friend Greg Lasley, an amazing, self-taught naturalist and wildlife photographer. Greg went out of his way to drive me all over Texas, introduce me to a myriad of Texas species, help me photograph them and identify species for my files. Greg passed away earlier this year, and I will miss him.